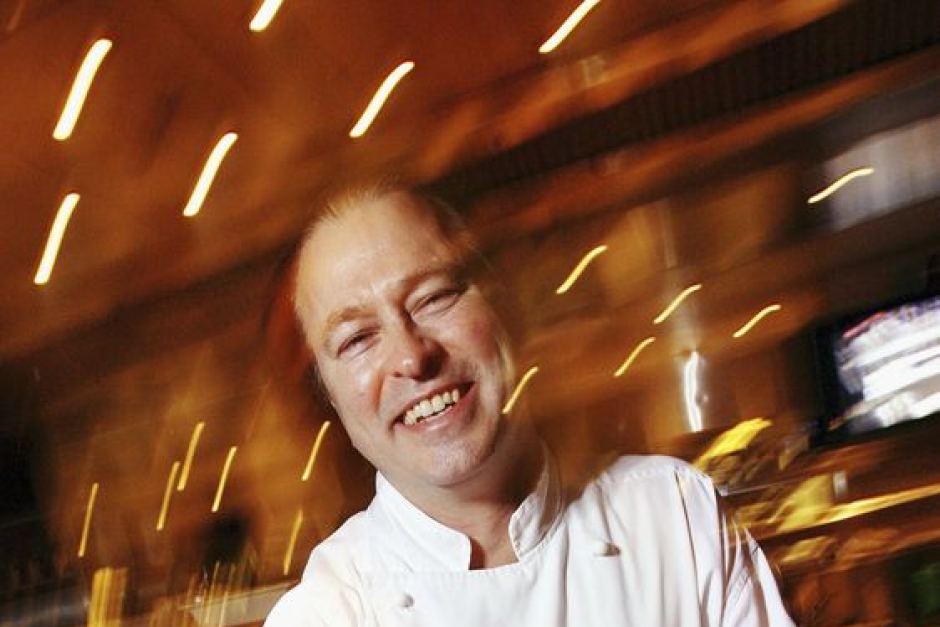 Posted at 19:47h in Cooking and Food News by Alex 0 Comments

I feel so lucky to have had the privilege of spending the whole day with some amazing chefs from South America who are turning South American cooking upside down and influencing foodies around the world. Because of my love of all things Latin, I couldn’t resist going to the Crave Sydney International Food Festival Chefs Showcase. From 9am to 5pm I was mesmerised by passion, creativity and soulful knowledge from the best of South America and a local.

The day started out with Neil Perry from Rockpool Bar & Grill (among others) speaking about ageing steaks and how his meat spends about 60-80 days ageing before it is served at his restaurants. On each day across of all his restaurants, he has over $180,000 worth of meat at various stages of the process. Pretty amazing huh? What I liked about his talk was his passion to use farmers in Tasmania to farm the cattle that he uses. Obviously the man has some pull, but he has done his homework. The cattle from Cape Grim feed on some of the best pasture in the world and breathe the freshest air in the world at the same time. This meat has got to be good!

Perry spoke of the complexity of the aging process, and how it adds so much flavour to the meat. He has worked hard on creating the right temperatures in his aging rooms and controlling the humidity so that the ageing progresses slowly, perfectly. He loves to cook it over an open wood fire, which he has at his restaurants. As he says, “fire creates the best flavours”. The beef we get at the local supermarkets and some butchers is not aged very long for commercial reasons, so we don’t get a very flavoursome piece of meat usually. The process of aging them in cryo-vac is really not ageing, but preserving, and usually produces an inferior piece of meat. Perry’s philosophy for the average person who wants good meat: talk with your butchers, find out if they age their meat, how long and where it comes from. Try to find butchers who buy from farmers who use sustainable farming practices and care for their meat to produce the best quality possible. Perry’s final word about supermarkets was “just go there to buy your toilet paper”. As I work closely with sustainable and local producers,  I am now looking forward to my next “Meat Me in the Kitchen” cooking class in Sydney to show everyone what I am writing about.

Next up was Argentinean Chef Francis Mallmann, who is the “father of fire” in Argentina. I can claim some credit for getting  Mallmann to Australia, as  I recommended to Crave Festival Director JoAnna Saville that she try to get Mallmann for this event as I am familiar with him from our annual food tour to Argentina and Brazil. So I was particularly excited; there he was right in front of me explaining why “fire” is the essence of cooking great meats and other food. Mallmann is delightful, full of amazing knowledge. He loves what he does. His restaurants in Buenos Aires, Mendoza and Patagonia are wonderful creations, and showcase what is on offer from the Pampas of Argentina. As with Perry, Mallmann says the story behind great meat is cooking it slow and using only the best meat you can find.

Chef Mallmann has a pretty direct approach towards food – he is not one for foams or molecular gastronomy. He just says “shut up and eat”. He sees the everyday truth of cooking – open the fridge, see what is there, spend the next 15 minutes cooking, then eat. As he knows not everyone can spend hours in the kitchen, he reminds us to balance our meals so that when you have more time you spend more time in the kitchen creating; other days you “just eat”,  but always eat good things. Mallmann says cooking is a silent language about respect. If you don’t respect the ingredients you won’t cook well. He added that you often have to cook something hundreds of times before you can understand the dish; you can’t learn this in a book – you have to do it.

I liked Mallmann a lot. His mix of tenderness and brutality as he puts it sets the stage for his new cookbook, “Seven Fires”, grilling the Argentine way. To exemplify this style, he created on stage an amazing whole Andean pumpkin salad with mint, rocket and goats’ cheese, a whole boneless rib eye with chimichurri, the most wonderful crunchy and soft “potato dominoes”, and burnt oranges with rosemary. All wonderful, easy and delicious! Get the book!

Next up was Diana Kennedy from Mexico. Well if any of you know anything about Mexican cooking you have to know who this woman is. She is the guru of Mexican cooking. She has written many books, having taking her little old car across the back roads of Mexico searching the kitchens of the mothers for their favourite recipes. Despite high cholesterol, she loves lard in her beans (frijoles) and everything else besides – the fat is where the flavour is. I was entranced as she described the hundreds of varieties of tortillas that are made in Mexico. As Mexico is vast, there is much regional variation. It’s a smorgasbord of hundreds of varieties of chillies and fresh herbs and greens. Kennedy spoke of one of her favourites in Oaxaca, called chupilines (fried grasshoppers). I wrote an article about Mexican cooking for Gourmet Traveller years ago when Australians seemed to think Mexican food was “the same 7 ingredients, rolled differently”. Now it seems finally Australia is waking up to the fact that Mexican food is a lot more. Hopefully our appreciation of real Mexican cooking will continue to grow as Australians demand better and chefs travel more.  I must go back! In the meantime, I’m looking forward to our next Modern Mexican cooking class in Sydney.

The next chef who came in the room got a standing ovation. Little wonder – Gaston Acurio has done more for Peruvian food than any other chef in the world, and the room was filled with Peruvians. Even the Peruvian Ambassador and his entourage let out a gasp when Acurio came on.  Some of my Peruvian friends at the table said Acurio could be the next president of Peru if he wanted, that is how much he is loved. Acurio has Peruvian restaurants all over the world, so he is by far the number one ambassador for Peruvian food internationally. His dream is to seat Peru at the international culinary table. He is surely making it happen. His food is delicious, fresh and full of flavour. The balance in his ceviches was wonderful; he makes his “tiger milk” of lime juice, fish stock, fish trimmings, celery, red onions, cilantro and rocoto chilli puree to layer over his “ceviche amore”. The audience was salivating. Lucky me got to go up on stage and taste the first spoonful. It helps being in the front row!

But he is very much about bringing the farmer into the limelight. He is about making sure farmers are being paid well for their crops and he works closely with them to bring new ingredients for chefs, as well as giving them the respect that they deserve. His new project in Lima will create an outdoor garden for all to use, an outdoor market, a beautiful restaurant and bar and a cooking school where Peruvians can come to learn for free. Yes, he is that dedicated!

The day continued with talks from San Paulo chef Alex Atala from D.O.M., and Peruvian Chef Ricardo Zarate from Mo-Chica and Picca restaurants in Los Angeles. They were both so joyous, with no attitude, just giving and sincere about their love for native ingredients and sharing them with the world. Alex Atala spoke about his search in the Amazon for special native ingredients he incorporates in his San Pellegrino 7th ranked Worlds Best restaurant D.O.M. I got a chance to speak with him about tapioca, cassava and how he uses these ingredients to create sensational dishes such as Brioche-crumbed oysters with marinated tapioca. Atala is bringing Brazilian food to the forefront. He is one to be watched for a long time. Chef Ricardo Zarate smiled so brightly and was obviously thrilled to be in Sydney. His joy is bringing Peruvian food to the world, and he has been able to start this in Los Angeles. His alpaca tiradito, dressed with amarillo chilli parmesan and truffle powder will surely keep many interested.

The day is almost over when out walks TV star Willie Harcourt-Cooze from London to talk about chocolate. Willie became famous for his fly-on-the-wall documentary, “Willie’s Wonky Chocolate Factory” and has never looked back. From near bankruptcy he stuck to his guns and has created amazing chocolate the world now loves. His dream is coming true. He took us on the journey of the cacao bean, and showed off with a cacao and olive bread and a spectacular classic chocolate mousse in a bitter chocolate case. Thank the universe for people like Willie Harcourt- Cooze for bringing chocolate into our lives. His 100% Supreme Cacao is amazing. Here at VictorsFood we do our bit! We have a new hands-on corporate cookery team building event “Hot Chocolate” which we deliver to the corporate world to engage them, to give them a treat and to let their imaginations create.

How lucky am I to have such a wonderful day in the world of food! It feeds my passion to bring more to you that creates excitement for food and the adventure it can take us on in our minds and through our tummies.